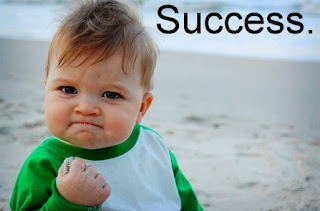 It was the month of April last year when we crossed the easiest borderline of minimal education. Everyone was full of enthusiasm and self confidence after the boards. Happiness was booming around. After the declaration of results proud feeling entered the mind of self confidence.
But no one knows that a ghost carrying study tension, overdose of facebook and mind pressure was marching toward us. As new academic session started, a new wave of education entered into the life. Our self confidence was so high that academics were like a last bencher that time.
Soon academics started showing its influence. It started lowering our enthusiasm to score high. Marks were proportionally going down the limit. Seniors started frightening story of academics failure. After 2-3 exams, our report card shows the marks which we have never seen. Still our mind was not ready to accept the academics result. It always says “we can do“.
At the end of year we realized that we have taking a wrong path of study. As course was increasing, study pressure damn increased. This led us to enter a devastating world of facebook. We welcomed the year with heavy dose of study pressure. Still in our mind the thought “we can do” was roaming.
At last with immense study pressure and tension, heavy dose of facebook and negative motivation of teachers we entered the new academic session leaving many friends to become juniors . Now we have a golden chance to prove “we can do”. As we are the most experienced students in terms of academic pressure, we can handle the 12 board much better.
Our experience can lead us into the path of success if the words “we can do” put into action. For a new cheerful academics year all I bet the best to all my friends.
Posted by NIHAR at 7:18 AM No comments:

“The battle of Waterloo was won in the play fields of Eton” is a famous statement. The world conqueror Napoleon was defeated by the conservatives at the battle of Waterloo. The warriors of the battle had played games at fields of Eton in their school days. Their early training in the play fields made them the future warriors. Not only from the pages of history but also in the modern era, games have showed themselves as the titan of all exercises. It has its own importance in all spheres of life. According to experts, games are invaluable in the sector of health, education, behavior, and recreation. Moreover games cannot be underrated in this modern society. For a student, games and sports are a part and parcel of his education. Physical, mental and moral development of a student is the aim of education. A sound body contains a sound mind but healthy mind cannot be found in a weak body. Games are as necessary as sunlight for the trees. Sport is a physical form of game. Both games and sports help in recreation. Games are enjoyed all over the world. For the common mob, these are the entertainments which enhance morale buster and nationalism. Sports have a big hand in the development of the nation. It provides massive opportunity for the job seekers in sports arena. Most important aspect of games and sports is that they provide us a healthy body with strong mind. They give us valuable practice in making eyes, brain and muscles work together. Patterned form of exercises also boosts metabolism, burns calories, enhances the rigidity of bones and improves circulation of blood. Regular sports have a magical effect on the patient of diabetes and obesity. Self discipline, punctuality, diplomacy and sportsmanship are the great skills which can be learnt from practicing sports. Sports makes us learn to smile in front of defeat and do not feel excited at success. Games also teach us the art of leadership. The leader tries to keep cooperation with all teammates. Games uphold the team spirit. Each of the players learns to work for his team rather than for himself on the playground. These small steps would later make him into an ideal citizen working for well-being of the country. In this way games and sports enhances the national human resources which can be used during adverse situation. From last two decades, India have shown significant development in sports but still it is far below as compared to other developing country in this arena. Match fixing, faulty selection, malpractices and corruption have already entered into the sport’s world. From the grass root level parents are eliding games and sports. Moreover young citizen are more interested in fantasy computerized games (video games) rather than real sports. All this factors have made India an underdog in international forum. To tackle with such an unfavorable situation, India does not want bookworms with sunken eyes and sunken cheeks, it want healthy person to defend the nation. “All work and no play make Jack a dull boy” there is a lot truth in this proverb. So, from early stage children should be encouraged to play. Will Durant had said “the health of a nation is more important than the wealth of nation”. This means healthy nation is a wealthy nation. Therefore, we have to enhance India’s sporting skill. For this moral purpose not only government and NGOs but all citizens should take part. Everyone should try to promote Indian sports. If everyone start liking the games, then the day is not far when India will be an Olympic champion. -NIHAR SAMANTARAY
Posted by NIHAR at 10:52 PM No comments:

Science: A Blessing Or A Curse

In this Cenozoic era, earth is shining with the fascinating development of science and technology. Science has revolutionized the nomadic people of earth into a civilized and well established dominant creature (human) of earth. With the scientifically development brain, human have modified the earth into their virtual heaven. In the modern human civilization science has became something indispensable.
Few centuries ago traveling from one place to another was a tough and time consuming task. Traveling trough sky was considered something impossible possible. But science made the impossible possible. By the invention of cycle, scooter, car, bus, train, airplane and many other vehicles, human have conquered the swift means of transportation. Now we can fly like birds over the mountains in airplane and reach anywhere of the world in few hours.
One of the chief blessings of science is the electricity. In last three centuries, it has revolutionized the living standard of human beings. It has converted the entire face of the earth. It is used in almost every spheres of life like traveling, education, cooking, heating. Washing, cleaning etc. modern civilization without electricity is like an elephant without trunk.
Science and technology have made our life quite secure, safe and extremely comfortable. They have revolutionized the arena of entertainment. The brainchildren of science like radio, television, mobile, music players and computer have made our dull life bright and happy. Modern technology like internet, video games, touch screen have made our life merrier than before.
The most important field where science is booming its influence is the world of health and medical technology. Medical science has proved to be a boon for modern man. With the rapid development of medical science many remedies, cures and safeguards against various diseases and disorders have been found. It has added to human happiness and well being. It has led to low mortality rate and increased life expectancy.
Not only in the field of traveling, power generation, entertainment, medical health but also in agriculture, sports, space exploration, research, communication and security, science is making itself more and more dynamic. All this have led to increasing importance of words like “luxury” and “comfort”. Meanwhile the importances of words like “distance” and “time” are losing its momentum.
No doubt science has done much to give us comforts and luxuries, but it has brought the destruction of mankind also. It is often said that science is a useful purposes are always useful but the same under destructive purposes can destroy its own usefulness.
Development of modern weapons has created immense fear of war. Science has given birth to physical, chemical and biological weapons which are unfavorable for all living beings. Moreover introduction of nuclear power have created a simple path for annihilation of whole mankind.
Apart from the development of weapons scientific development has also led to environmental pollution, natural degradation, global warming, ozone layer depletion, unfavorable climate change, habitat destruction, deforestation and many more. All global environmental crises are occurring due to improper use of science only. Moreover diseases like heart attack, cancer, obesity, tuberculosis are indirectly accelerated by science.
For this entire problem we cannot put our total blame on science only. It depend upon us how we use it. Science is an Aladdin’s magic lamp on our hand which can both destroy and preserve the modern civilization. For the safety of mankind and earth, human should use it for beneficial purposes rather than destructive purposes.
Posted by NIHAR at 5:46 AM No comments: